Starting aquatic therapy within 6 days after total knee replacement appears to improve a patient’s outcome, according to a new study.

The number of patients having total knee and hip replacements is increasing, but there is a lack of agreement about the best type of post-surgical treatment noted German researchers.

Aquatic therapy has been shown to be beneficial when begun two weeks after surgery, when the wound has healed.

However, this study found that beginning aquatic therapy just six days after total knee replacement may lead to better results.

Patients who’d had total knee replacement were randomly assigned to undergo aquatic therapy either six or 14 days after surgery. Both groups had 30-minute therapy sessions three times a week up to the fifth week after surgery. Their physical function, pain and stiffness were evaluated three, six, 12 and 24 months after surgery.

All of the outcome measures were better in the knee replacement patients who started aquatic therapy six days after their surgery, compared to those who began therapy 14 days after surgery said investigator Dr. Thoralf Liebs, of the University of Schleswig-Holstein Medical Center in Kiel, and colleagues reported. 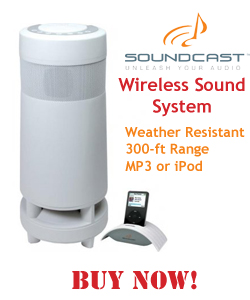 Liebs hypothesized that the force of the water during aquatic therapy reduces buildup of fluid in the knee joint.  Because the knee capsule is closed after knee replacement, reduced fluid buildup leads to less pain.

If you’re scheduled for knee surgery or still trying to cope after a recent knee replacement, the results are clear: start hot tub therapy to reduce pain and pain medication as well as improve range of motion faster. If you ask your insurance company nicely, you just might get them to pay for your hot tub!  It’s worth a try!!

“6 Ways a Hot Tub at Home Will Guarantee Better Health”